Welcome to the latest Pendraken newsletter!

Welcome to another round-up of the latest news at Pendraken HQ!

As well as the Peninsular ranges we’ve also added some ADC/General types for our French and Prussians, along with mediterranean civilians, wagons and more.

There is a full buildings range to go with these, which we’ll have released in the next week or so, probably after the upcoming Phalanx show.

These ranges can all be found on our website here!

30 years…!  To celebrate our 30 years in the hobby we’re going to be having a big 30th Birthday Bash on Saturday 16th July, up here at our new premises in Middlesbrough.  We’ll have games, offers, cake and more, running from 10am until around 5pm (or until the games have finished!)

The Birthday Bash will coincide with the opening of our new Games room as well, so we’ll have 6 game tables with a variety of display and participation games.  We’ll also be running tours of the workshop during the day so you’ll be able to see how we take a sculpt through to a metal casting, as well as our laser and 3D machine setups.

For all of the details, head over to the thread here and if you’re a Facebook user you can add your interest to our Event page here.

The release of Cold War Commander 2 has been incredibly successful with almost 700 copies sold in the opening month.  The rules are available as a physical copy from our website here and also in a digital PDF version from Wargame Vault here.

The Army Lists for the new rules are all free PDF downloads which can be downloaded through our Forum here.  We’ve got 31 lists available currently with another 54 planned in the coming weeks/months, so keep checking back for new updates.

There are also a variety of Optional Rules to add extra friction or make slight adjustments to your games, so keep an eye out for those appearing in the next week. 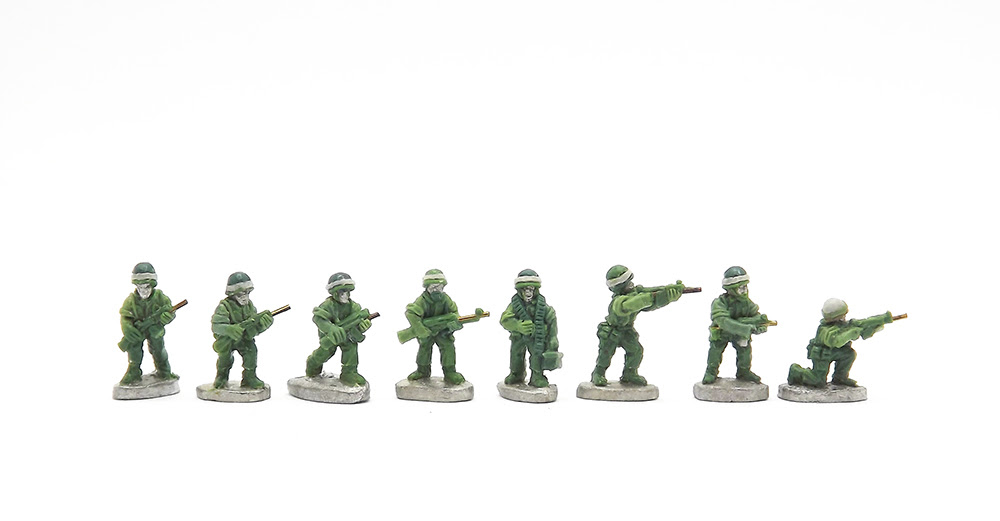 Our next release will be extensive Arab-Israeli ranges, covering the Israelis, Egyptians and Syrians, which we’re expecting to have ready for release on Sunday 19th June.  These ranges will include all of the infantry, support and artillery needed, plus a nice selection of vehicles.

We’ll have some new vehicle releases coming shortly afterwards as well, including T-64s, BMP-1s and a selection of Israeli M3 halftrack variants too.

That’s everything for now, we hope to see you at our Birthday Bash!